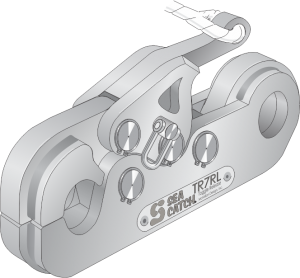 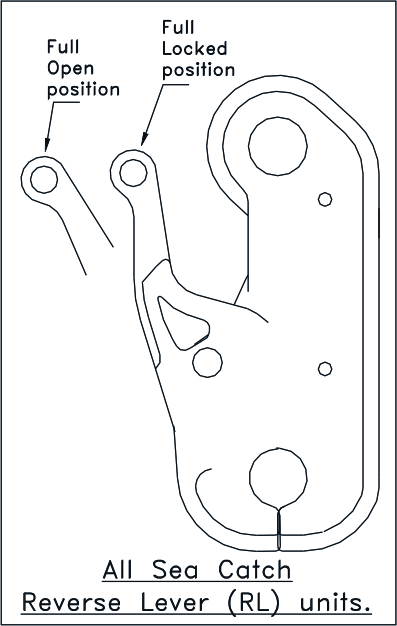 A Sea Catch RL model (RL=Reverse Lever) is simply a standard Sea Catch with a release lever that is reversed. This modification allows the operator to manually activate the unit from the side of the unit (perpendicular to the line of load) or slightly below that direction. Special care must be taken to stay clear of objects being released under load.

Several models are available in this configuration.